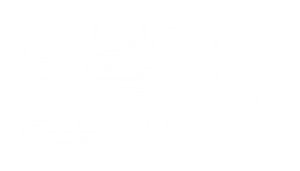 A family band of three siblings, Jacob’s Ladder, brought a new kind of atmosphere to Food Truck Thursday when they performed at the event three weeks ago. They won us all over at Quarter Moon with their energy and glowing talent.

Compared to past weeks at Food Truck Thursday, no one could help but notice how young the members were in Jacob’s Ladder. However, the Joseph’s may be young, but they perform and sound like an experienced group that has been around for many years.

“We believe that community events allow for the city to grow together. Also, they promote positivity for all generations,” Reggie said.

Even though Jacob’s Ladder formed four years ago, each member has been singing their whole lives. Ryan has been playing guitar for 4 years, while Devin has played guitar for five and bass guitar for a year. Brianna is a five year self-taught guitarist, who has pipes that are probably larger than her. She may sing covers of Alicia Keys, but she could replace her in a heartbeat.

“Playing at Food Truck Thursday was an amazing experience. We were surprised to have a record-breaking crowd! We are very supportive of the local businesses at the lake. We feel that it is important to support and raise awareness to the local efforts,” Reggie said.

There’s nothing better than local bands, food, businesses, and community. We are thrilled that Jacob’s Ladder got to be a part of our Food Truck family!